The team from Nez, the olfactory magazine invites you on a very special journey to explore perfume in all its facets, delving into the heart of a fascinating yet little-known world. This book lifts the curtain on the best kept secrets of perfumery, answering all your questions about the world of smell.

By creating the first olfactory magazine in 2016, the Nez collective established itself as a leading voice in the promotion of an olfactory culture that is both thought-provoking and accessible to as many people as possible. 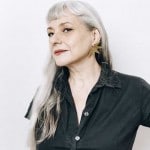 Journalist and writer Denyse Beaulieu founded the blog Grain de Musc in 2008. She is the author of The Perfume Lover, a Personal History of Scent (Harper Collins, 2012) and L’Enfant vers l’art (Autrement, 1993), and a perfume editor at Stylist France and Citizen K International. She has taught Decoding Fragrance seminars at the London College of Fashion and is now a lecturer in perfume history at EIML Paris. She is responsible for the Language of Fragrance module at ISIPCA’s Summer School.

Béatrice Boisserie is a journalist who writes for the French daily Le Monde, and the founder of YOS (olfactosound yoga) workshops, which combine yoga, scent and sound therapy. In 2012, she founded the blog Paroles d’odeurs as a place to record the olfactory memories of famous names as well as ordinary people. After studying philosophy and ethnology, she learned about perfume at Cinquième Sens and sound yoga at the Institut des Arts de la Voix in Paris.

Éléonore de Bonneval’s work as a photojournalist lies at the crossroads where journalism, neuroscience, and artistic installations meet. An ‘odour photographer’, she has designed interactive exhibitions such as Anosmia, lives without a sense of smell, The sentimental sense, Olfactory journeys and Smell, a mute and invisible scent. She has also contributed to the Naturals Notebook collection for Nez éditions. 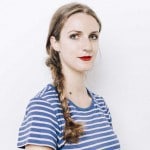 A freelance journalist, Sarah Bouasse is passionate about the world of perfume, which first captivated her when she encountered Guerlain’s Jicky at the tender age of five. In 2012, she created the blog Flair to examine more broadly the relationship each of us have to our sense of smell, focussing especially on giving a voice to people “from real life”. She has contributed to various publications for Nez éditions. 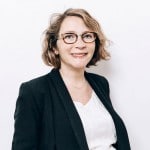 An historian and author Eugénie Briot is the perfumery school programme manager at Givaudan, where she helps to train tomorrow’s perfumers. A lecturer at Gustave Eiffel University, she co-directed the Innovation, Design and Luxury master’s degree there from 2009 to 2014. 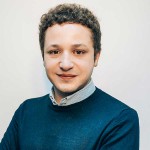 Yohan Cervi is a critic, lecturer on the history of modern perfumery, and consultant for luxury brands. In 2017 he co-founded the Maelstrom perfume laboratory. Yohan collects fragrances from the past and is the Auparfum editorial team’s vintage expert. He has also contributed to various publications for Nez éditions. 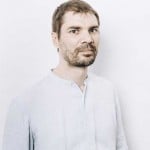 Olivier David is a lecturer at Versailles Saint-Quentinen- Yvelines University. He is the head of the Formulation and Sensory Evaluation in Perfumery master’s degree, which runs in partnership with the École Supérieure du Parfum, and teaches organic chemistry to trainee perfumers. Olivier also collects vintage fragrances and loves to recount the stories behind aroma compounds and the chemists who discovered them. He is a contributor to the Naturals Notebook collection for Nez éditions.

Founder of agency Le Musc & la Plume, which specialises in perfume creation and olfactory identities, Aurélie Dematons advises brands at every stage of the creation process, from concept to development. After working at Coty, then Cinquième Sens, she began to explore different realms of innovation, from diffusion of perfume in the air to fragrance creation in other areas, such as the hotel, automotive, and rail sectors. In 2017, she set off on a world tour of perfume plants. She is a regular contributor to Nez, the olfactory magazine and Expression cosmétique.

Co-founder of the website Auparfum in 2007 and Nez, the olfactory magazine in 2016, Jeanne Doré has been instrumental in taking olfactory culture and critical analysis of perfumes to a wider audience. She has two passions: smelling and writing. 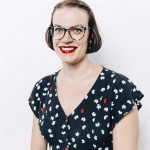 A perfume specialist who is behind a host of innovative initiatives in her field, Juliette Faliu founded the first French-language blog on fragrances in 2006: Poivre bleu, which went on to become Le nez bavard. In 2011, she co-founded Olfactorama, an association which created the first independent perfume prize in France. Juliette has been working closely on olfactory practices for over 10 years and has developed an evaluation methodology for assessing perfume quality. 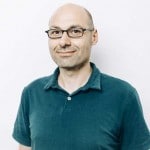 Head of neuroscience research at the French National Centre for Scientific Research, Hirac Gurden is a member of the Olfaction Research Group and teaches neuroscience at the University of Paris. His work centres on the brain’s representation of odours and the interactions between olfaction and food intake. He has developed an olfactory rehabilitation protocol with the not-forprofit organisation Anosmie. org and been invited on several television and radio shows to talk about developments in knowledge of the sense of smell and the brain.

After graduating with a history degree, Anne- Sophie Hojlo became a journalist and spent 10 years writing for news magazine Nouvel Observateur, where she immersed herself in the atmosphere of the courtrooms and then the delicious smells of Parisian restaurants. She joined the team at Auparfum, then Nez in 2018, and has since contributed to various publications, including the Naturals Notebook collection for Nez éditions. 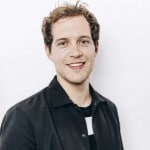 A perfumer at the creation laboratory Maelstrom, which he co-founded in 2017, Patrice Revillard’s interest in plants led him to the world of scents. Born in Annecy, he moved to Paris in 2012 to study at the École Supérieure du Parfum. He graduated in 2017 and now teaches formulation at the alma mater.

After a PhD in communication examining olfactory creation and the descriptive languages of odours, Delphine de Swardt honed her linguistic expertise in the perfume industry. She now divides her time between teaching and research at the New Sorbonne University, writing about perfume, and the art of storytelling. All these activities are linked by her quest to find exactly the right words to share and recount sensations. She is a regular contributor to the Naturals Notebook collection for Nez éditions.

Alexis Toublanc took his first steps in the perfume world in 2010 as a writer on the Auparfum website, then on his blog Dr Jicky & Mister Phoebus. He went on to study perfume creation at ISIPCA, graduating in 2017. He works with perfumer Marc-Antoine Corticchiato and has contributed to various publications for Nez éditions.

Born in 1988, Jérémy Perrodeau studied graphic design at École Estienne (the Graduate School of Arts and Printing Industry). Inspired by the theme of landscapes and wide-open spaces, he published Crépuscule in 2017 and Le Long des ruines in 2020 with Éditions 2024. He has also illustrated various books as well as articles for, among others, Le Fooding, Libération and Usbek & Rica.

Forewords by perfumer Jean-Claude Ellena and Linda G. Levy, President of The Fragrance Foundation US.